Use TEST MY DRINK to avoid sexual assault, date rape or robbery 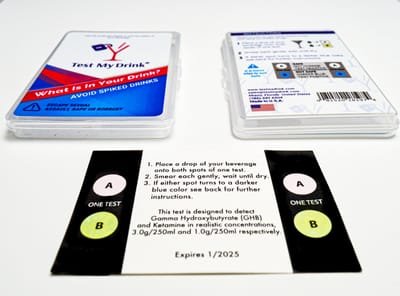 A young woman who was briefly hospitalized after police believe she and others were targeted by spiked drinks at a party attended by Central Washington University students has been released, police said Sunday. The girl was among 12 people, 11 of them female, taken to hospitals after the incident Friday. All have now been released. Authorities do not know what substance was used to spike the drinks, but have sent blood and urine samples to the Washington State Patrol Crime Laboratory. The incident resulted in "multiple" reports of overdoses, said Cle Elum-Roslyn, Washington, Police Chief Scott Ferguson. Some of the victims reported they had consumed only one or two drinks before becoming ill, he said -- "Their level of intoxication just didn't seem to make sense." Authorities responded about 11 p.m. Friday to a call of a girl unconscious in the back of a car in a grocery store parking lot, police said. Her friends told authorities to go to a residence in Roslyn, according to a statement from Cle Elum police. When authorities arrived at the home, they found students in varying states of consciousness. Video: Students sickened by spiked drinks Video: College students drugged at party RELATED TOPICS Central Washington University Alcohol Consumption Students at the party said several girls suddenly began vomiting and losing consciousness. "I carried about four people downstairs," one man said. Other partygoers told CNN affiliate KOMO on Saturday that they believe a bottle of vodka at the party had been spiked with a date-rape drug known as "roofies." They said several people at the party used vodka from the bottle to make mixed drinks. Those who brought their own alcohol, drank beer or didn't drink any alcohol were not affected, the students told KOMO. Ferguson said he has only heard about the vodka bottle from media reports, but said witnesses told police about their suspicions that a drug may have been placed in pre-made drinks in red cups. One partygoer told KOMO that people were talking about staying away from the drinks in the cups, and that when he took a sip of one, it made him want to vomit. "Whatever occurred up there wasn't consensual," Ferguson told CNN on Saturday. The party began when one student took some friends up to his parents' rental cabin about 30 minutes from the university campus in Ellensburg, police said. It grew much larger after students started texting the address to others. About 50 students attended, thought to be between the ages of 18 and 21. Authorities do not believe the student who initiated the party was involved in spiking the drinks. Ferguson said the student is cooperating with police, who believe he became overwhelmed with the number of partygoers who showed up. One man at the party was taken into custody when an officer entered a room of the home and found him having sex with a semi-conscious young woman, Ferguson said. Police later found the woman was the young man's girlfriend. Ferguson said she showed signs of having ingested a spiked drink and was treated and released at a hospital. The young man was detained and questioned but not booked, police said Saturday, but the investigation into the incident was ongoing. The university said in a statement Saturday that it is "shaken and saddened" about the incident. "CWU strictly enforces state law and university policy on underage drinking and illegal drug use," it said, adding that freshmen are educated on drug and alcohol abuse and sexual assault. "Despite our best efforts, however, students sometimes make bad choices." Students identified as being involved with the party will have a conduct hearing that could result in an intensive education course, referral to counselors or suspension, it said. The school was planning to hold information sessions Saturday and Sunday at residence halls, the statement said. Police and schools typically warn young people to be careful about ingesting beverages. "Roofies," a street name for Rohypnol, is a tasteless and odorless drug, Boston University says in a fact sheet on its website, and easily dissolves in beverages. 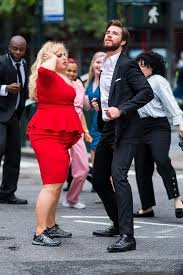 Rebel Wilson tweets:"My drink was spiked" at trendy club Last night, actress and star of the 'Pitch Perfect' franchise Rebel Wilson sent out a series of tweets warning women to watch what they drink and more importantly what others may be slipping into those drinks. In an unusual series of tweets, Rebel Wilson issued a warning, especially to girls: Watch what you drink in trendy clubs. The Aussie comedian/actress said on Twitter late Thursday she thinks she was drugged after her drink was spiked at an unnamed club in Los Angeles. She felt sick but made it home safely, and woke up the next day feeling like she'd been hit by a truck. "Hey guys, but especially to all the girls out there, please be super careful about what you drink when out at clubs and bars at night," she tweeted. "I never thought it would happen to me." I had one drink last night at a trendy club which I believe may have been spiked with something. I felt super tried and disoriented. — Rebel Wilson (@RebelWilson) March 10, 2016 I got home safely but woke up this morning feeling like I'd been hit by a truck. I never thought that would happen to me, but if it does... — Rebel Wilson (@RebelWilson) March 10, 2016 please act as soon as you feel something strange and get yourself to safety. — Rebel Wilson (@RebelWilson) March 10, 2016 "Lucky for me, I only drank 1/3 of the drink and realized something wasn't quite right in time to get home before it really hit me," she added in a final tweet. She did not say whether she reported the incident to the police. Her publicist did not return messages for comment. One of the stars of Pitch Perfect, Wilson's new movie, The Brothers Grimsby, opens today. Starring Sacha Baron Cohen, the British comedy about spies and soccer hooligans is already getting tough reviews. 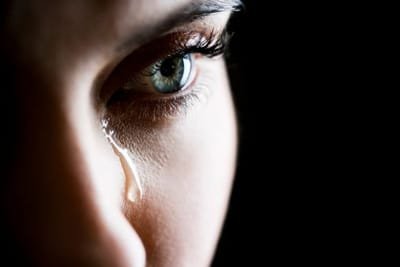