What’s in my drink? A roofie? 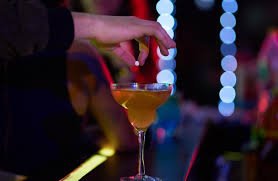 SALT LAKE CITY (ABC4 News) – Amber woke up in jail unaware of what got her there.

And so did Rolando.  Police told him he had damaged another vehicle while eluding authorities.

Both claimed they were drugged before their behavior took an unusual twist.

Clayton Simms represents both of the victims and blamed the drug Rohypnol also known as “Roofies.”   The drug as long been called a “date rape” drug.  But the drug was banned in the U.S. and it largely disappeared.   Now attorneys like Simms believe it is back on the streets in Utah.

“Whoever was behind this slipped in a date rape drug like Rohypnol, a Roofie,  knocked both of the parties out,” said Simms.  “There’s a lack of memory. They’re acting nonsensical.”

Rolando, a 22-year-old Salt Lake City man, is now facing numerous charges including DUI and failure to remain at an accident for his actions last July.

“I didn’t know what was happening,” he said.  “I just knew I was handcuffed.  “I was scared like ‘what the heck is happening to me.'”

In July, Rolando and his girlfriend were at a nightclub in Salt Lake City.  After a night of drinking, he said they were about to leave.  But he said another round of drinks appeared before them, courtesy of the bartender.

“(The drinks appeared) Without us ordering it and I don’t remember anything thereafter,” he said.  “I remember bits and pieces pretty much.”

They left the nightclub and the two separated.  He was involved in a hit and run and is later arrested near his apartment.

“It never crossed my mind to be drugged,” he said.  “But I think that’s what happened.  I do believe that because I would never have done that.”

But why was he and his girlfriend targeted that night?  Rolando’s expensive watch was gone.  After his girlfriend went home with friends, she later told him a man kept trying to pick her up.

For Amber, the story was similar.

“I woke up and had no memory of the night before and woke up in jail,” she said.

She said she was at a small party celebrating.  Amber recalled going outside near the pool and then lost track of what happened that night.

“I sort of blacked out, completely blacked out fifteen- thirty minutes after I got there and have no recollection after I got past that,”  Amber said.

She lost her cell phone and after leaving jail used an app to find it.  It took her to a strange neighborhood where she knocked on the door.  That’s when she learned from the homeowner, about the night before.

“He helped me look, “he asked me ‘oh were you that drunk girl last night?’ and I said I don’t know,” said Amber recalling their conversation.  “I said “I know I had some drinks but I don’t remember coming here.'”

As they looked for the phone, the homeowner told her she had been uncontrollable and aggressive and called the police.

“Which is not like me at all,” she said.  “Of course I was just shocked.  I didn’t even know where I was, how I walked there.”

Her attorney said Rohypnol, also known as “Roofies” can lead to aggressive behavior.
A professor of Pharmacology at the University of Utah said the drug suppresses part of the brain that makes us civil.

“So you take that away and what’s left is the aggressive part of the personality,” said Glen Hanson with the school of pharmacology.

But if the banned drugs are back hitting the social scene, he’s not aware of it.
Hanson is on a task force advising the governor and legislature.

“Haven’t seen a lot of this drug out there,” he said.  “There aren’t a lot of big forensic reports at least in the state of Utah.  That doesn’t mean it’s not here or people aren’t using it.  It just means at this time in this state it’s not a big thing.  But there’s cases that have been exposed to it.”

For those socializing, it means having to watch one’s alcoholic drink.

“The number one rule in the bar business is protect the women in the bar,” said Bob Brown, tavern owner of Cheers To You.  “It doesn’t have to be a difficult thing.  Like me and you right now I could be sitting like this to make sure no one messes with my drink.”

He placed his hand over his drink protecting it from any outside influence.  All it takes is a split second for someone to pop a pill in a drink and walk off.

“I know it sounds crazy but we live in a time when you have to do this kind of thing,”  Brown said.

Rolando was formally charged by the Salt Lake County attorney and through his attorney will have to convince a judge, a drug like a roofie caused him to break the law.

“I just remember those set of drinks being brought to us,” he said.  “The next thing I remember, like I’m at the parking lot in my apartment.”

Where he was arrested and taken to jail.